At Lime* we don’t just make awesome videos, we make kick ass animation. Here is just a taste of what we can do!

Without doubt one of our favourites projects of all time at Lime*. The mission? To capture the art installation ’25 mins Older’ by artist Kingsley Ng. The problem? Its basically completely in the dark! We absolutely enjoyed the experience and we hope many Hong Kongers’ got to experience this fantastic moving installation that was part of Art Basel.

Here’s hoping they will do it again next year!

We had the pleasure of working with the HKTDC again on a series for the best and road initiative project.

We created 10 x 15 secs explainer videos using infographics to tel the story. Here is one of the combos.

We love Posh at Lime*. In fact if you drop by you will see the amazing Posh furniture in our office. So it was a great pleasure to be able to launch their new Activity Chair.

Part of a series, we focus on Alexis from Square Street to understand his world of design.

How Pokemon Go Is Paving the Way for Business

Lime* was very excited to work with the team at Prenetics to launch their amazing DNA app and programme.

Focussing on the Hong Kong market, our brief was to create an emotional spot that was less sell but more about the positive side of Health.

Launched at the beginning of April for Hong kong, our Regina Miracle TVC campaign has already hits whopping 226,000 views on you tube!! 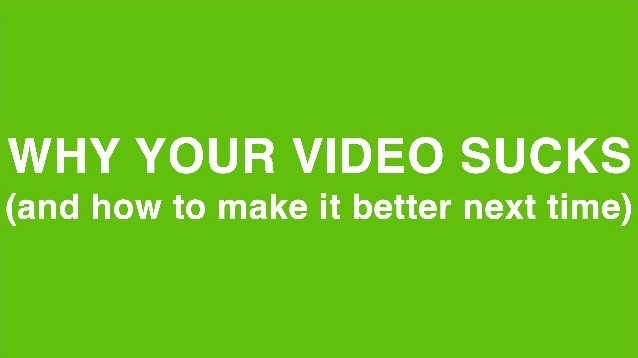 Your videos stinks, your CEO knows it, your CMO knows it and most importantly you know it.

But how? We filled in a detailed creative brief, the script was awesome and everyone was excited.

So what really happened? You didn’t focus on the production.

Too many times I see great ideas get sold out by not focussing on getting together a good production team. We live in an age where you can have an entire production house on your computer. Although on one hand this has brought down the whole cost of production, it also has allowed inexperienced production staff to charge the same rates as industry veterans.

I believe there are two types production people – Artists and Operators.  Artists dig into their deep well of creativity to use the equipment to realise their vision. Operators know how to use the equipment, and that‘s about it. And yes one is more expensive than the other, can you guess which one gets more work?

When you embark on the journey of creating a video, its important to look at your whole production team. Are they individually talented people who can come together and create something magical? Or are they just good at getting it done fast?

A great story needs a great production team to being it to life.

I have broken down a standard ‘small’ team and what you should look out for to create better videos.

The Producer – Your Producer should understand how to bring all the pieces together.Most producers have a writing background and can work with you to tell your story. If you read your script and it doesn’t move you then you need to start again. DO NOT fall into the trap of – ‘it will be better when we shoot the visuals’. No video with a bad script has ever been improved by awesome pictures. Without a solid idea and a well written script you are doomed to fail.

The Director – I really want to put this together with the DOP as they have to be able to get on. (Steven Spielberg has used the same DOP for over 20 Years!) Your Director needs to be on the same page as you and he needs to work seamlessly with the DOP. Check their reels, make sure you like their style. Trust me, you do not want to be clashing with a Director on set because you suddenly don’t like what you’re seeing.

The Director of Photography (DOP) – Having spent 10 years working for National Geographic, I have a huge amount of respect for DOP’s. There job is half art, half science. They can take a scene and by the use of composition and light create something that is visually stunning. It’s tempting to think that modern-day digital cameras are easy to use, therefore anyone can shoot. This is one of the biggest mistakes I see time and time again. Sure, sometimes the scene is simple and we don’t meed to spend big money on this position. But most of the time it takes the careful crafting of an experienced DOP to be able to shoot effectively and come out with pretty pictures.

Sound – Poor sound equals poor video, period! Both in the sound we capture ‘on –location’ and the sound we use in the editing suite. It still amazes me when I see fairly good corporate videos with an atrocious sound track (mixed to AC/DC levels). There are so many good ways to listen and download top quality audio tracks these days that there is no excuse for not using contemporary quality music. Sites like Audiojungle are full of great affordable tracks.

The Editor – In the early days of Television, the editor was characterised as a pasty loner who spent most days in an unlit room drinking copious amounts of Coke. These days our edit suites are our IMACS in nice bright rooms, but the skill is the same. I have seen editors take a terrible video, re-edit it and win awards for the same piece. They are the master story tellers, taking the script/storyboard and adding their unique perspective to create a seamless and compelling story. Allow plenty of time for the Editor to feel out the pictures and to try different approaches.

The Designer – Not every video needs graphics, but for the ones that do its important to be across current trends. Bad or ‘cheap’ graphics can really bring down the overall look and feel of your video. You should really look at different designer’s reels to see which one best suits your job. Do you need 2D or 3D? They are both very different and it requires a different skill set for each discipline.

Like a good rock band, if you have individually talented members, together you can create beautiful music!

Lime* Content Studios today launched 4 x 30 sec TVC’s in Hong Kong. Directed by Scott Wright, the concept was created by Lime* in 2015 for the local Bra Brand, Regina Miracle. Shot over 2 days the TVC’s focussed on Work, Sport and Play. Managing Director Bill McQueen remarked ‘Working with Regina Miracle has been a lot of fun. We understood the importance of feeling like an international brand yet being able to connect on a local level at the same time.’ The campaign consists of TVC’s and Print and is currently rolling out across Hong Kong.